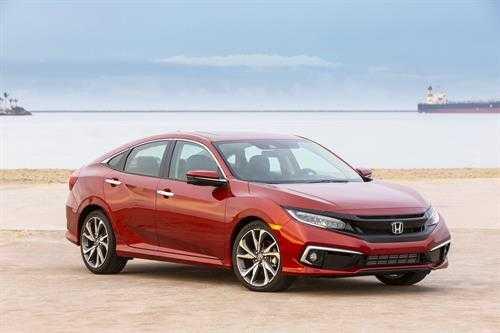 There are a lot of Honda Civic variants for buyers to choose from these days, and every one of them can make a very good case for you to buy it. The coupe and hatchback models look great, but it's the sedan the majority of buyers gravitate towards here in the US, so let's take a look at the specs and features of the 2020 Honda Civic Sedan.

If you haven't seen the coupe and hatch versions of the current Civic, it wouldn't be unreasonable for some buyers to think the Honda Civic Sedan was a coupe or a hatch when you see it from the side. It's obviously a personal preference as to which body style is most attractive, but if you’re looking for a sportier vehicle look, the coupe is likely your choice!

Buyers have five versions of the 2020 Honda Civic Sedan to choose from. The entry model is the LX, and then we have the Sport, EX, EX-L, and the range-topping Touring model. There's also an Si version of the Civic sedan, but Honda tends to treat that as a separate model in its own right in the same way the Type R is considered a separate version of the Civic hatch.

LX, Sport and EX versions of the Civic sedan come standard with a 2.0-liter inline-four under the hood that develops 158 horsepower and 138 lb.-ft. of torque. Most of the time it will send the power to the front wheels through a CVT transmission, but LX and Sport models are also available with a six-speed manual transmission.

If you prefer something more powerful, the Civic is also available with a 1.5-liter turbo-four, which this time puts 174 horsepower and 162 lb.-ft. of torque at the Honda's disposal. Once again, it's available with a six-speed manual or a CVT transmission.

Even the most basic Civic sedan isn’t very basic at all, but most buyers will probably start at the Sport model and higher. Standard features with the Sport model include 18-inch alloy wheels; an infotainment system that's Bluetooth, Apple CarPlay® and Android Auto™ compatible; push-button start; air conditioning; fog lights; auto high-beam headlights; a leather-wrapped steering wheel; and a 7.0-inch Display Audio System with Electrostatic Touch-Screen.

The EX is where the 1.5-liter turbo-four becomes standard, but the EX-L is where things start to get really luxurious. Standard features include leather-trimmed seats, a one-touch power moonroof, remote engine start, smart-entry with Walk Away Auto Lock feature, SiriusXM® Radio, Honda LaneWatch™ and plenty more.

The relatively small increase in price to the top Touring trim level is likely to temp many buyers looking at the EX-L. For that small uplift in price, buyers then get satellite-linked navigation with voice recognition and Honda HD Digital Traffic, a 450-Watt premium audio system with 10 Speakers, LED Headlights with auto-on/off function, heated front and rear outboard seats, rain-sensing wipers and chrome door handles.

To try one of these fabulous Honda cars for yourself with a test drive and to hear about the best deals available for the 2020 Honda Civic Sedan, check us out here at Honda of Clear Lake, the number one Honda dealer in League City, TX, and the surrounding area. 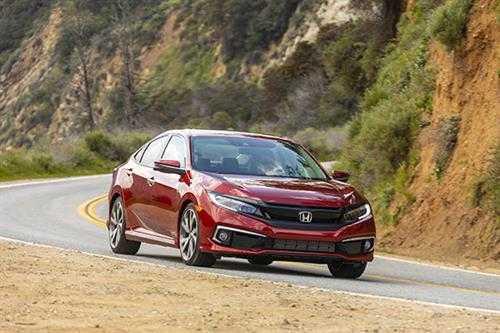