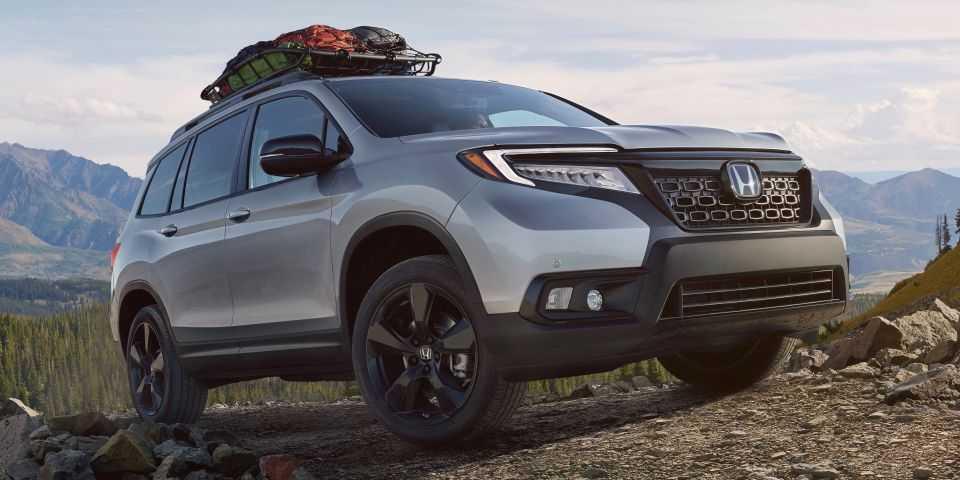 Honda now has a new crossover in its lineup in the shape of the Passport. It's no surprise a manufacturer wants to bolster its SUV lineup at the moment as they seem to be the only type of vehicle buyers want these days. However, Honda already has a number of popular and successful crossovers in its portfolio, so how does the 2019 Honda Passport fit in? To find out, let's compare it against the 2019 Honda Pilot, which has an almost identical starting MSRP to the Passport.

Although both vehicles are midsize crossover SUVs with identical wheelbases, the Honda Pilot is the bigger of the two vehicles by around six inches. Despite this, there's very little difference between them when it comes to price. Perhaps a little surprisingly, it's the smaller Honda Passport that's marginally a tad bit more. The starting MSRP for the Passport is $31,990*, but the Pilot starts from just $31,450*. It's not a lot, but every little counts if you’re on a tight budget.

At the front, there isn’t a huge amount of difference in the way of appearance. The Passport is a little sportier, more modern and more aggressive, with a larger mesh grille and a bumper that comes up to meet it in the middle. The extra height, especially combined with the shorter length, means there's more of an SUV style about the Passport too.

It's a similar story at the rear, although the differences that do exist are probably more noticeable than they are at the front. The tailgates are different as the Pilot has its backup lamps integrated into the tailgate, while the Passport has them incorporated into the rear bumper. Once again, the whole effect seems to make the Passport look more-sporty and a little more contemporary than the Pilot, which is probably the whole point of the Passport.

Under the hood of the 2019 Honda Passport is a 3.5-liter V-6 gas engine that develops 280 horsepower and 262 lb.-ft. of torque. That reasonable amount of power is then sent to the front or all four wheels through a nine-speed automatic transmission. This powertrain is powerful, smooth and quiet, and all-wheel-drive versions are reasonably off-road capable with Normal, Sand, Snow, and Mud settings which alter the traction control, throttle, and transmission to suit various types of terrain. Guess what? The Honda Pilot has the same powertrain, although the extra length and weight of the bigger Pilot mean the Passport will be slightly nimbler.

If ultimate practicality, flexibility and utility are what you’re in the market for, the eight-seat 2019 Honda Pilot is the way to go. However, if you don’t need a third-row and you are more concerned with style, the 2019 Honda Passport is the perfect alternative.

For more details about the Pilot and Passport, to schedule a test drive, or even to browse new Honda hatchbacks in our inventory, don’t hesitate to check out our website and get in touch with us here at Honda of Clear Lake.