2017 Honda Accord For Sale in Webster 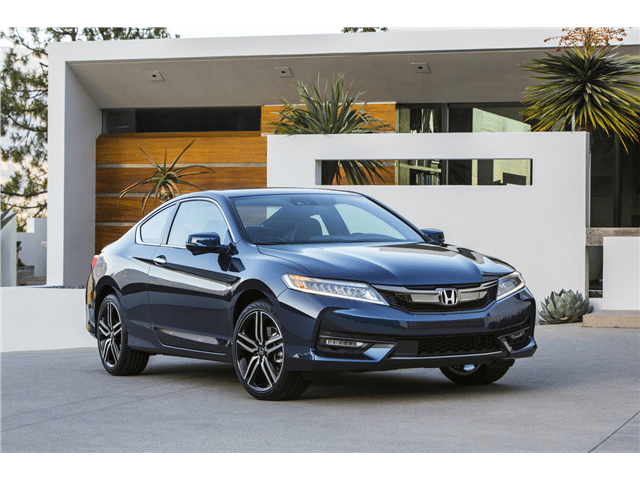 The auto market around Webster and the rest of the country might well be dominated by trucks, SUVs and crossovers right now, but competition in the midsize sedan segment is every bit as fierce as we've ever known it to be. Even though there seems to be almost no end to the amount of excellent cars in this segment, there is a model that continues to set the standards for the rest to aspire to. That model is the 2017 Accord, and there's even a coupe version to check out if a regular sedan version of the Honda isn't quite what you're looking for, and a hybrid for those with fuel-economy and/or the environment at the forefront of their thinking.

The 2017 model year brings us a new trim level to the Accord in the shape of the Sport Special Edition, which assumes a place in the lineup right between the Sport and the EX. This fabulous new model offers buyers smart leather-trimmed seating, red stitching, heated front seats and special edition badging. And all that is on top of the existing Sport model's standard features and equipment list that was already impressive to say the least.

We're now in the ninth-generation of the evergreen Accord, and this much-loved model benefitted from a mild refresh just last year. The facelift gave the Accord a new bolder grille design, redesigned taillights, and the superb Honda Sensing suite of collision avoidance technologies was also added. It would be fair to say the exterior of the 2017 Honda Accord isn't quite what you'd call futuristic, but buyers wouldn't want or expect that from an Accord. What they do want and what they get with this model is a car that's handsome and aerodynamic and is obviously an Accord as soon as you set eyes on it.

The engines in the 2017 Honda Accord offer everything you'd realistically want and expect in a car like this. The standard engine the vast majority of models come with is a 2.4-liter inline-four producing 185 horsepower and 181 lb.-ft. of torque, or as much as 189 horsepower in Sport models as they benefit from a standard dual exhaust system. It might now be increasingly rare in this segment, but the Accord also offers a choice between a six-speed manual transmission and a continuously variable transmission (CVT) to go with that engine. The Honda rails against current convention once again by also still offering a V-6 option in the shape of a 3.5-liter unit that puts 278 horsepower and 252 lb.-ft. of torque at your disposal. A six-speed automatic transmission is standard with the V-6, but a six-speed manual option is still available with the Accord Coupe.

If you're not familiar with recent Honda models you might not be expecting too much in the way of standard kit with the Accord, especially as some entry level Accords in the past could have been accused of being fairly basic at times. That's now history though, and most buyers will be delighted to see just how much now comes standard even in base versions of the 2017 Honda Accord. The LX models now get the likes of dual-zone automatic climate control, Bluetooth, a rearview camera, and an 8.0-inch i-MID display and 16-inch alloy wheels all as standard.

*All vehicle mileage based on 2017 EPA mileage estimates. Use for comparison purposes only. Do not compare to models before 2008. Your actual mileage will vary, depending on how you drive and maintain your vehicle.